The so-called Delta-variant of the SARS CoV2 virus, which was first detected in India, is starting to sweep through the world. Currently, it is the variant most commonly detected in Gauteng, which is suffering a heavy 3rd wave of COVID-19. It has been detected in the Western Cape too and is predicted to become the dominant variant here very soon.

It is NOT currently thought that this delta variant causes more serious disease than the other variants, BUT because it is so transmissible, out hospitals and ICU’s are filling up fast by the sheer number of people infected.

It seems that having had infection with the beta variant is NOT providing guaranteed immunity against the delta variant- so those who were ill in the second wave can get ill again with this new variant.

What to do when your child is ill during C-19 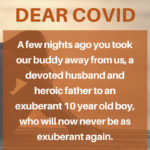 What we know about Omicron so far …

A Guide to Vaccinating our Teens against COVID-19: Advantages, Side effects, Tips