The teen brain enjoys instant gratification and its immaturity makes it more prone to repetitive behaviour and addictions. Please discuss some of these potential dangers with your teens:

1. Smoking– lung damage, predisposition to various cancers, vascular disease, heart attacks… the list of the damaging effect of smoking is endless. Apart from that it’s just selfish for other to have to inhale poison because of your habits. Children suffer. Asthmatics suffer.
Just . Don’t. Ever. Start.
It’s actually pretty uncool these days

2. Vaping– a teenage disaster. Punted as healthier than smoking, this has become a multi-billion dollar industry, basically based on lies, and poorly regulated. Inhaling damaging chemicals with largely unknown long term side effects, inhaling food chemicals/fragrances which are not meant to be heated up and inhaled…no wonder this has led to an epidemic of teens and young adults with a mysterious lung disease, deaths, lung transplants. Just plain stupid. Don’t be fooled.

3. Alcohol– with the underdeveloped prefrontal cortex, the teenage brain is prone to earlier disinhibition by alcohol, getting really drunk, doing ultra-stupid things, putting themselves at danger of teenage pregnancies and STD’s, inhaling vomitus and even dying. Set a good example. Teach them the early signs of “having had enough.” Beware of “open” parties, unsupervised by parents. Remember that it is illegal to serve alcohol to your child’s friends who are under the age of 18.

4. Cannabis and other drugs. These appeal to the pleasure-seeking centre of adolescents and lead to quick highs, but terrible lows. A drug like cannabis leads in the short term to inhibited judgement and paranoia; long term it is associated with cognitive decline and increases schizophrenia. Is it really worth it??

Work hard on boosting your teenager’s self-esteem and tell them time and time again that they are good enough just as they are. They do NOT have to prove themselves by parting in habit-forming activities. 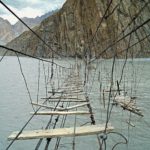 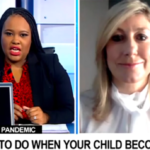 What to do when your child is ill during C-19

The seven secrets to understanding teenagers