Which diet is best is an age-old question, as diets have gone through many waves of fads and trends. The plant-based low-fat diet versus the animal-based ketogenic diet?…  that is the question.

In an attempt to (at least partially) answer this question, a study in the USA randomised participants to either 14 day of a low-fat diet (plant-based vegan-style) or 14 days of a low carb diet (protein and fat-heavy keto-style) and then switched them over for 14 days as a comparison. Participants were all non-diabetic, with an average age of 30 years and average BMI of 28 (by definition overweight). They were allowed to consume as much of the food as they liked. The study was of course too short to assess potential long term health benefits, such as those on heart disease, but assessed short term weight loss as well as hunger and satisfaction.

This study shows that we should probably not be fixated on one particular diet or current dietary trend- several types of diets work, and in different ways.

To me, sustainability of a diet is crucial- can you follow a dietary trend long term? If not, the weight is likely to pile on again after a possibly impressive initial weight loss.

When we look at the healthiest populations in the world including Japan and Italy, none of them do extreme restrictive dieting. But they eat mostly natural, good, unprocessed foods. Perhaps we need to ask- what diet is healthiest in the long run rather than just for short term weight loss?

In a large analysis of studies over the past 40 years, higher intake of fibre and whole grain foods showed an impressive reduction in cardiovascular disease (up to 30% reduction), stroke, type 2 diabetes and colorectal cancer. Increasing fibre intake also led to lower body weight and lower cholesterol.

Perhaps the best diet overall is the “old fashioned” one with the least amount of processed foods and one that includes good fibres and wholegrains, without eliminating particular food groups. 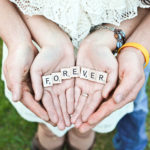 Some Tips for A Successful Marriage 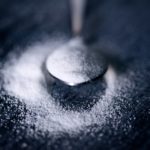 Getting the basics right: Healthy eating

Complications of Prolonged Mask Wearing and how to Manage Them