Young children are often “sick” because of their immature immune systems. Most of these illnesses will be minor viruses causing mild illnesses such as the common cold. Sometimes they are more serious and need further medical attention or investigations. I am going to be giving you a guide as to what to expect from the common cold, when to seek medical attention, and when it may be something else, like an allergy.

What is the common cold and what are the symptoms?

The common cold is an upper respiratory tract infection caused by a wide variety of viruses, most commonly the rhinovirus. It affects mainly the nose, sinuses and throat (pharynx). The common cold is often “seasonal”, and the viruses are more common in cold, wet weather. Colds are extremely contagious or catchy, and often spread through families, they literally “go viral!”

A common cold usually starts with symptoms of fatigue (often “grumpiness” in children), sneezing and headache followed by a runny nose and cough (in at least 50% of children). The majority of children have a low grade fever in a common cold, though fever is rare in adults. Most of the symptoms of a cold are due to the immune response of the body to the virus (THE BODY RELEASES LOTS OF CHEMICALS TO TRY AND FIGHT THE VIRUS, AND THESE MAKE US FEEL LOUSY). Symptoms peak 2-4 days after the start of the illness, and generally last 7-10 days, though may last up to 3 weeks! The chest is not involved in the common cold, but a cold may in some cases progress into a bronchitis or pneumonia.

What can I do to help my child?

Generally, if a child has a low-grade fever (under 38ºC), has periods of playfulness (even if it is after a dose of paracetamol), is eating and drinking relatively well despite the illness, and is not too lethargic or irritable, then you can sit it out for a few days. Keep the child comfortable with saline nose drops, paracetamol if needed, frequent small feeds and lots of hugs. Older children and adults can try saline nose drops, short courses of decongestant nasal sprays, paracetamol or ibuprofen. Alternative remedies such as vitamin C and zinc are frequently used but there is not much evidence to back them. Antihistamines and oral decongestants are not effective for the common cold and can cause side effects. Antibiotics are ineffective in the common cold and overused, leading to complications such as antibiotic resistance. There is no effective anti-viral medication for the common cold.

When do I need to take my child to a medical practitioner?

Not every snuffle needs a doctor’s opinion; however please see your doctor if the child:

In adults, a persistent cough or a fever should prompt seeking medical attention to rule out complications of the common cold.

Could the “colds” be allergy-related?

The common cold can mimic “hayfever”/allergic rhinitis Generally allergic rhinitis lasts several weeks (though a cold can last 2-3 weeks too!), is associated with itching, sneezing, congestion and a clear nasal discharge. A common cold may have similar symptoms but there may also be more generalised symptoms such as lethargy, mild fever and loss of appetite. Hayfever tends to be persistent over a few weeks to months or even all year round (depending on what one is allergic to), whereas one tends to get “better” in between colds. In common colds the nasal discharge changes from clear to opaque and even yellowish over time, whereas in allergic rhinitis it is generally clear.

If there is any doubt, your healthcare practitioner should be consulted, as allergic rhinitis is treated very differently to colds. 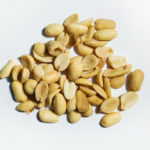 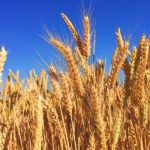 What are the most common causes of coughs in children

Side effects of commonly used “cough and cold” medications in children